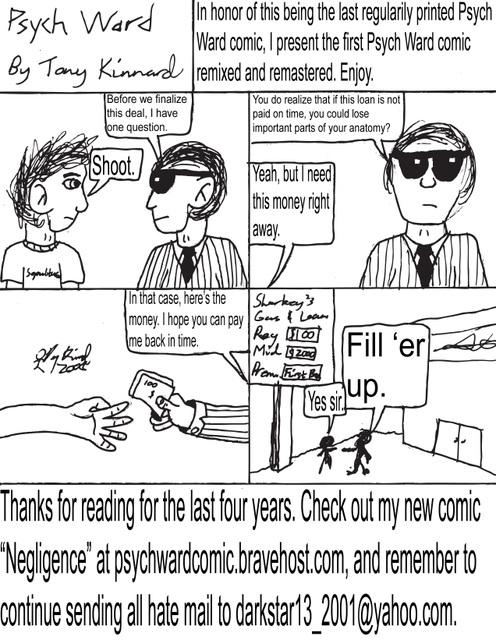 elektro 30th Dec 2008, 7:00 AM
Psych Ward had an interesting three year lifespan, but by the time this comic was made, it was time to put the series to rest. Not only was I working on Negligence, it also just wasn't the same without the audience of my college campus (and any other college campus who happened to end up with a copy of our newspaper).

The plan from the beginning was to have the final Psych Ward be a remade version of the very first Psych Ward. Other than the bottom "mini-comic" not being featured, this is pretty much what this is.
edit delete